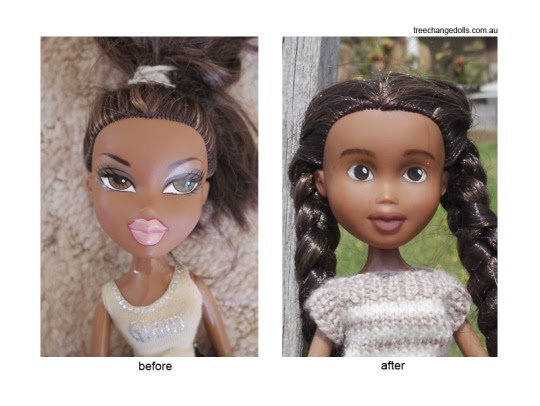 The world might be becoming a better place as I've seen alternatives for barbies (or fashion-dolls as they are called not to offend Mattel) coming up in news and posts. Here you have 3 different approaches each dealing with one of the problematic aspects of fashion dolls:


1) The oversexualized and over-adult looks of the typical fashion doll leads us to taking the make-up off the Bratz dolls. The results are adorable. More here.

2) The unrealistic body proportions of the fashion dolls gets us to the Lammily, the doll that looks like an average teenager.

3) The ubiquity of whiteness among fashion dolls is such that the fact that in Nigeria the local barbie alternative - Queens of Africa - outsell the pink-obsessed blonde. 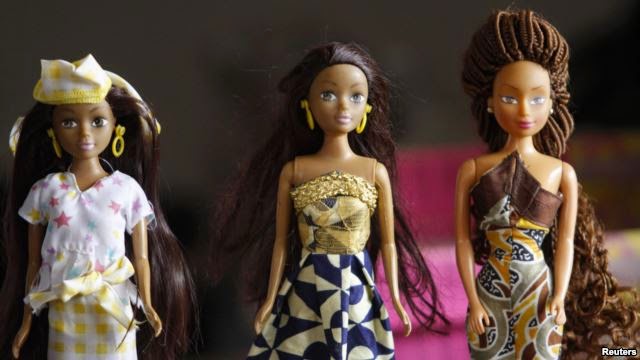 Friday is the (Inspirational) Movie Night: The Little Mermaid (1989)

It has been some time since we claimed that a classical piece (almost) nobody viewed as feminist masterpiece.... actually was one! (Remember the explosion in both your and our brain caused by the idea that Dirty Dancing (1987) was a feminist gem?)

So here comes another one in the you-would-have-never-called-it-feminist-until-now series*. The Little Mermaid (1989). Yes, the Disney sea-princess garbage where a young girl gives up her family, friends and talents in order to pursue a man she has seen once. Meh... or at least we thought so.

Well, read this paper written by Stephanie Stott, a student in Kim Magowan’s gothic lit class at Mills College called  The Little Mermaid: Our Favorite Gothic Villain and you just might want to give Ariel another try. Or at least know how to reframe the story in order to minimize the damage if young girls around you suddenly want to emulate the little mermaid.

* That's of course not actually true as somebody has analyzed these movies as such and hence we are reporting. But the great majority...
by Luīze R. No comments:

The most discussed documentary of the year "India's Daughter" is out now. The story is based on Delhi's brutal gang-rape victim Jyoti Singh, her attackers, their families as well as the court and Indian culture. Ironic is that currently this documentary is available in most of the countries while it is banned in India.

Jyoti Singh was a medical student who was coming from a low income family. Although traditionally raised, she and her parents were modern thinking, While other family members were criticizing Jyoti's parents for celebrating her birth in a way a boy should be celebrated and selling their properties for a girls education, they did not stop and eventually raised a person who believed who believed in herself. Jyoti's dream was to build medical facility in her village and to be a doctor. Even though she was not able to reach her goal, her tragic death created wave of actions: protests, movements and debates in government.
Still, there are many people for who it's hard to accept the fact that this world needs a change and the fall of patriarchy. That's why still many people blame Jyoti for her death by stating that she was not supposed to be outside when it's dark, that she was not supposed to fight back if she wanted to stay alive, that it was her punishment for not being a decent girl. Others say that now it's going to be even worse, so far girls were raped and let go because they wouldn't dare to say anything. "Now they will raped and killed", says assaulter.
Murderer defending lawyer ML Sharma stated that "our culture is the best culture and there is no place for a women." while his colleague AP Singh in front of national television said that "If my daughter or sister engaged in pre-marital activities and disgraced herself to lose face and character by doing such things, I would most certainly take this sort of sister or daughter to my farmhouse, and in front of my entire family, I would put petrol on her and set her alight."


To get to know more about the story from different point of views, IHBG team highly recommends to watch the full documentary

Sunday is for Horizons: Walt Disney's The Story Of Menstruation (or how not to do sexuality education)


Ever wondered how some educators managed to talk about puberty without talking about sexuality? Weird, right? Here you have an old Walt Disney gem somewhat explaining menstruation without ever talking about the intercourse and women as sexual beings...

To heal from that horror, here, have some more recent Swedish stuff, hihihi.