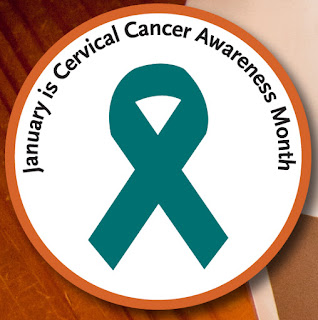 Regular screening is the most effective way to prevent cervical cancer. Though this test may not be 100% accurate, it helps to detect early changes in the cervix which can be easily treated. Cervical screening involves a simple test, known as a smear test, to detect changes to the cells of the cervix which could develop into cancer. A sample of cells are taken from the cervix and sent to a lab to be examined for any abnormalities.

Different countries have different cervical cancer screening recommendations. According to the 2010 European guidelines for cervical cancer screening, the age at which to commence screening ranges between 20–30 years of age, "but preferentially not before age 25 or 30 years", depending on burden of the disease in the population and the available resources. Currently most European countries suggest or offer screening between the ages of 25-64. Screening is typically (and in England) offered every 3 years form ages 25–49, every 5 years from ages 50–64 and in women 65+ only in those who have not been screening since age 50 or had recent abnormal results.
This screening frequency is not possible in most low-resource settings. In these countries, decisions regarding screening frequency must be made based upon available resources. The greatest impact on cervical cancer reduction appears to result from screening women aged 30 to 39 years.

The test was invented by and named after the prominent Greek doctor Georgios Papanikolaou who started his research in 1923. Aurel Babeş of Romania independently made similar discoveries in 1927. However, it should be noted that Babeş method was radically different from Papanicolaou's. Papanicolaou's name was repeatedly submitted to the Nobel Committee and rejected every time. The Nobel Committee delegated the in-depth investigation of Papanicolaou's merits and demerits to the late Professor Santesson, who was at that time the head of pathology at the Stockholm Cancer Institute (the Radiumhemmet). The investigator discovered Babeş' contributions that had never been cited by Papanicolaou and duly reported this fact to the Committee, which then rejected Papanicolaou's Nobel award.

When should screening for cervical cancer with Pap smear be started?

Screening for cervical cancer should start three years after the first sexual intercourse or after the age of 21, whichever is earlier.

How frequently should Pap smear be done?

Pap smear should be repeated every 1 to 3 years till the age of 65 years. Following this, the doctor will decide whether you still need the test based on whether you are sexually active or if your previous tests were abnormal. 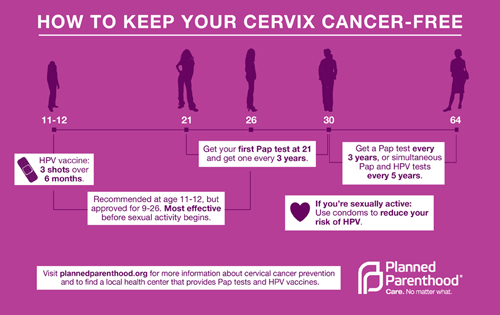 What are the various screening procedures for cervical cancer?

Cervical cancer screening is usually done by obtaining a Pap smear. In this procedure, some cervical cells are obtained with a swab from the cervix and sent to the laboratory to check for cancerous changes. Other new techniques for cervical cancer screening include visual interpretation with acetic acid (VIA) and human papilloma virus (HPV) DNA testing. VIA allows immediate diagnosis and treatment. Thus, the patient does not need to be recalled to collect the report once the test is done. It also required minimal training of the paramedical staff to carry out this test. HPV is often associated with cervical cancer, thus detecting HPV DNA helps in finding women at increased risk for cervical cancer. 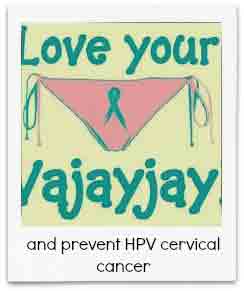 The human papilloma virus (HPV) vaccine prevents infection caused by human papilloma virus associated with the development of cervical cancer. Gardasil and Cervarix are the two HPV vaccines which are currently available on the market. In many countries HPV vaccination is approved for use in males.
#sharethewisdom
Through CervicalCheck, women aged 25 to 60 can avail of free regular smear tests from over 4,700 registered practitioners of their choice in Ireland. The Pearl of Wisdom campaign that was created in Ireland highlights these important messages and encourages women to check when their next free smear test is due, or avail of their first test if they have not yet done so.
The Pearl of Wisdom pin is the European symbol of cervical cancer prevention. During the Pearl of Wisdom campaign, the IFPA and CervicalCheck distribute 20,000 pins to women across Ireland through local health promotion networks. They ask women to wear a pin during the campaign week to to show their solidarity with women affected by cervical cancer and to highlight the importance of regular cervical screening.
The Pearl of Wisdom campaign 2016 takes place from Sunday 24th to Saturday 30th January and will be officially launched on Monday 25th January.
To read more about this campaign here: http://www.ifpa.ie/Cervical-Cancer/Pearl-of-Wisdom-Campaign

Take care of yourself! Be healthy! Everything is in our hands! 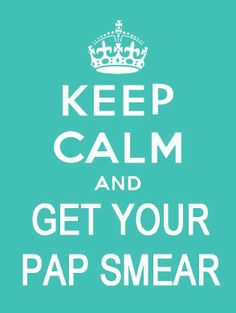